Our mission is to provide you with the parts, expertise and information required to restore and maintain your British, European and Domestic exotic vintage vehicle(s) to the highest level of authenticity and originality.

We accomplish that goal through:

If you are beginning a restoration project, in the middle of one, or just maintaining your vehicle, give the experts a call for parts, service and technical help. After all, One Call Does It All!

Today, Kip Motor Company employs twelve carchaeologist comprised of experienced journey men and women as well as apprentices and interns. By employing a combination of old world skills, our knowledge of period manufacturing processes, and cutting edge technology, we are able to ensure yesterday’s antique/collector vehicle can be restored,
maintained and preserved for current and future generations to enjoy.

Brandon is the senior customer service representative, but also has a lot of experience rebuilding parts – particularly electrical components, steering boxes and water pumps. Since joining KMC in 2004, he’s picked up quite a bit of British car knowledge on the job and is often referred to as the ‘stump meister’. An “Air Cooled” Volkswagen aficionado, Brandon’s dream car is a 356 Porsche, although anything fast makes his day.

Iain oversees service projects at Kip Motor with engine and gearbox rebuilding amongst his specialties. He has experienced all elements of restoration and service during his career at KMC. He first joined KMC in 1999 as a customer service representative before moving into the service & restoration end of the operation. Prior to joining KMC, he worked in the retail auto parts industry. Born in Quebec, Iain is bilingual and can handle calls from French speaking customers. His wish list car is a 1971 Plymouth Hemi Cuda convertible – the epitome vehicle of the 70’s.

First coming to Kip Motor as a body and paint apprentice in 2009, Juan has spent his years with KMC focused on honing his skills in the art of body restoration. He is now a Master Carchaeologist in charge of all metalwork, bodywork and painting for our restoration projects.

A very talented artisan, Dave holds degrees in Math and Physics from East Texas State University. Joining KMC in July of 1991, his primary responsibilities of product development and manufacturing consume most of his time, although his technical and training skills are likely to be engaged during any phase of vehicle troubleshooting, restoration and repair.

An avid Studebaker fan, Gayle joined KMC in 2006 as an apprentice with Dave manufacturing rubber and plastic authentic reproductions. With her attention to detail, Gayle has produced some complicated lamp assemblies and bonnet badges and she has pretty much taken over the kitchen cooking up polymers. She also works out in the upholstery department assembling interior kits and does a fine job making wiring harnesses. A classic pre-war sedan; Packard, Pierce Arrow or Studebaker would make her happy. Are you listening Bob?

After fourteen years of answering technical and parts questions, Bob retired May 2012 from Kip Motor Company to tinker on his own projects – namely his Corvette, Studebakers and collection of model aircraft. He returned to KMC in 2014 to work part time on our restoration projects. A native of New England, Bob migrated around North America in his career as a computer service and support technician before joining Kip Motor Company in 1998.

Nathaniel joined Kip Motor Company in the spring of 2016, assisting in parts production. Possessing a knack for anything mechanical and the ability to understand the ‘why things work’, he quickly advanced to working on projects for the Aero Division working on magnetos and assisting in rebuilding early aero engines, especially Curtiss. With an affinity for Alfa Romeo’s, he can also be found reassembling our many restoration projects.

Brady joined KMC in the summer of 2019 as a mechanical intern studying Automotive Technology at McPherson College. At the end of the summer, he asked to stay on full-time as he wanted to focus on adding more mechanical skills to his experience bucket. Recently we discovered his knack for wood-working as he helped his Dad in his carpentry shop growing up. He is utilizing these coach building skills on several pre-war restoration projects. Currently, he and his Dad are working on restoring a 1937 Packard 120 Sedan.

Kip Motor met Jon when he was restoring his MG B back in 2014. Jon evaluated several vendors to perform body work and paint on his “B” and liked the talent he saw at Kip Motor. A year after the body shell was painted Iris Blue, Jon returned to show us his assembled and running MGB. We were thrilled to see his accomplishments (you can see his photos on our restoration page).
Several years after he retired as a design engineer for Flextronics in the telecommunications industry, Jon joined Kip Motor Company in 2017 and brought with him his mechanical expertise in all things MG, Jaguar, and Triumph.  Since then, the Dallas native keeps busy on return-to-service projects and restorations and is our go-to master for carburetor tune ups.

Founder and driving force behind KMC, Kip is a graduate of Michigan State University with a degree in Business Administration. A member of the Antique Automobile Club of America by the age of five, antique automobiles, history and flying are his lifelong passion.

Retired from serving Circle Ten Council BSA as the OA Chapter Advisor and various other District positions,  Kip is focused on fulfilling the required 40 hours of flight time in his authentic reproduction Sopwith 1 1/2 Strutter for certification. Kip has served on the board of directors of a number of charitable and other groups, including the British Motor Trade Association and as Director of National Activities, Central Division for the Antique Automobile Club of America, also having served several terms as President of the Texas Region AACA. It is not uncommon to find him on the phone with Rolls-Royce or the National Museum of the United States Air Force, or similar organizations, discussing issues with various aviation artifacts or just walking them through the proper procedure for starting an early aero engine.

For years, her daily driver was a Humber Super Snipe Series III, although on weekends she might be spotted in her Metropolitan convertible or the family 1957 Lincoln Premier (lots of space for the kids when they were little). Now days, Debra’s daily driver is a  modern vehicle, a 1997 Jaguar XJ6.  Currently, she is still active in scouting, serving as Committee Chair for Troop 759, a scout group for girls 11-18 through Boy Scouts of America. In her spare time, she serves as a crew member with Kip’s Sopwith 1 1/2 Strutter project.

Kendra first joined KMC in 2008 as a summer intern organizing our library of parts manuals, work shop catalogs and vintage literature.  She returned in 2013 as an apprentice in our casting department, utilizing her cultivated creativity and attention to detail in casting and producing quality chrome parts no longer available for certain “orphan” British vehicles. After a sabbatical, she returned assisting with marketing and event activities such as providing content for our website and social media outlets, and managing All British & European Car Day. Furthermore, she’s gained quite a bit of Facebook notoriety from painting Kip’s Sopwith 1 1/2 Strutter markings, roundels, and tail lettering.

HOW IT ALL STARTED

Our Beginnings:
Kip had just started KMC as a small restoration business (mostly Studebaker, Ford & Chevrolet) when his wife, Debra, required a new vehicle. She was a salesperson with a large territory when the company she was with decided they would no longer supply cars, but would instead pay mileage. Debra soon realized a new car would be totally worn out long before it was paid for. After reviewing several options, she decided an antique convertible was the solution, a Metropolitan.

For her the car was an icebreaker. For us, it meant alot of work, as she was driving 35-50,000 miles/year. We worked on her car many evenings and most weekends keeping it roadworthy. The flip side was that within a few months, every Metropolitan within a 200 mile radius was showing up at KMC for service & restoration.   We were forced to stock a large inventory of parts, and fabricate many items that were no longer available.  In a short time (1992) we published our first catalog and went mail order to increase the inventory turnover rate.

During the Metropolitan frenzy, many customers and their friends came to us asking if we could service and supply parts for their ‘other’ British cars. As all of the popular types (Austin-Healey, MG, Triumph, etc.) were already well serviced, these people were actually inquiring about what we now call ‘orphans’. The first Orphan Book came out in 1994, and was an instant hit.

Since then, Kip Motor Company continues to expand our expertise including servicing and restoring many uncommon British, European and exotic domestic vehicles. Our reputation for accurate, authentic restorations vehicles is known throughout the industry. We remain committed to our customers and to the preservation and development of the skills and processes required to preserve transportation history. 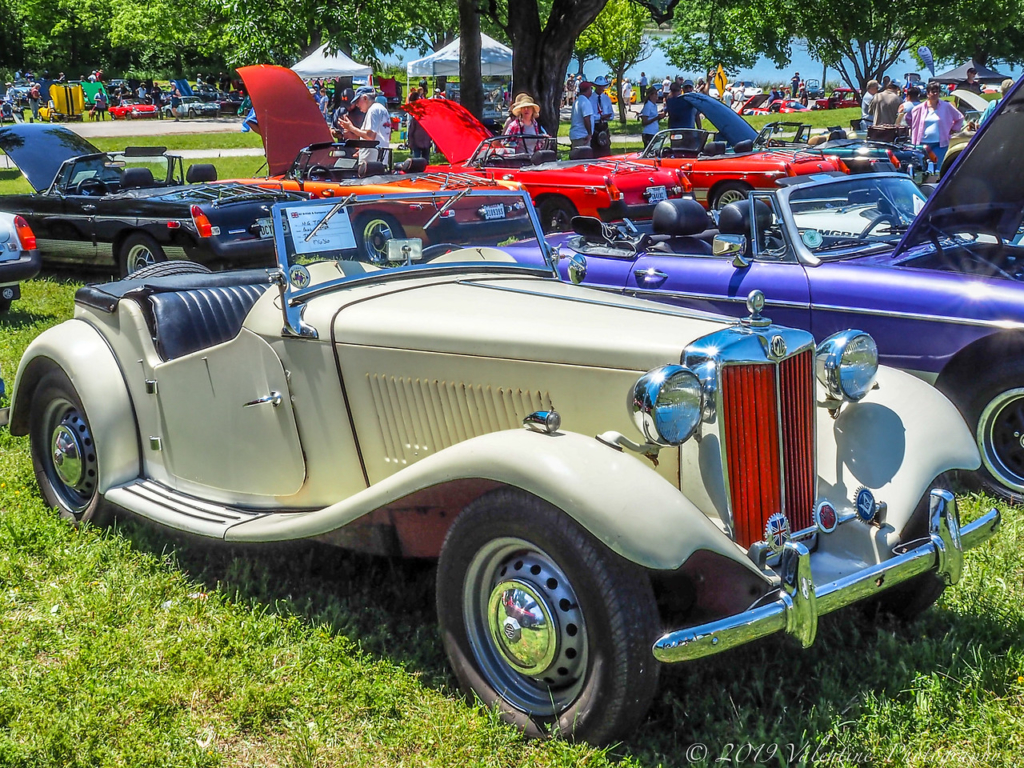 London Vintage Taxi Association LVTA is the only club in the world dedicated to preserving historic London taxicabs and their commercial vehicle and private hire variants. Please visit their website for more info. 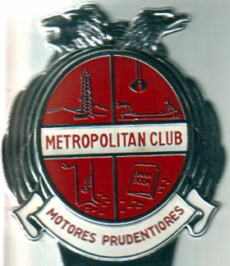