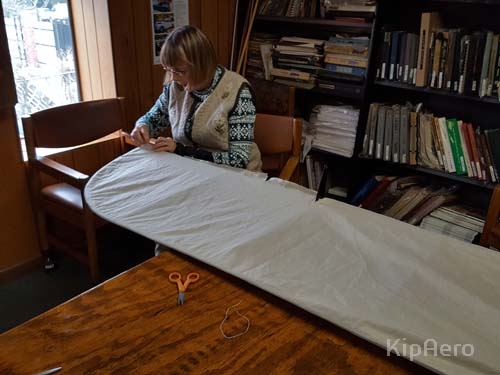 Sopwith and many other aeroplanes of the period used air pressure to push petrol from the fuel tank to the engine. Before starting, a hand operated pump was used to bring the tank pressure up to 2.5psi. Every 5-7 minutes during the flight, as the pressure slowly dropped below 2psi, the pilot would manually pump the pressure back up. One can imagine how tiring this could become on long flights.

To relieve pilot workload, many aeroplanes were eventually fitted with wind driven Rotherham air pumps. When fitted with such apparatus, it was still necessary to use the hand operated pump to innitially pressurize the fuel tank, the air driven Rotherham pump supplying pressure once sufficient airspeed had been attained.

Other methods of petrol delivery were also in use at this time, including gravity. As time progressed, engine driven piston pumps became more popular, some of these provided air to pressurize the tank, while others pumped liquid fuel directly.
#cams #sopwithstrutter #rotherhamairpump #sopwith #OSH20 #eaavintage ... See MoreSee Less

Share on FacebookShare on TwitterShare on Linked InShare by Email

Well how cool is that! Want me to send you my r/c laser tach so the GIB can build up an airspeed vs Rotherham rpm plot for no apparent reason?

It took about a minute from engine start to belted into rear seat. I will have to speed that up.