The First Triplane – The Sopwith Tripehound 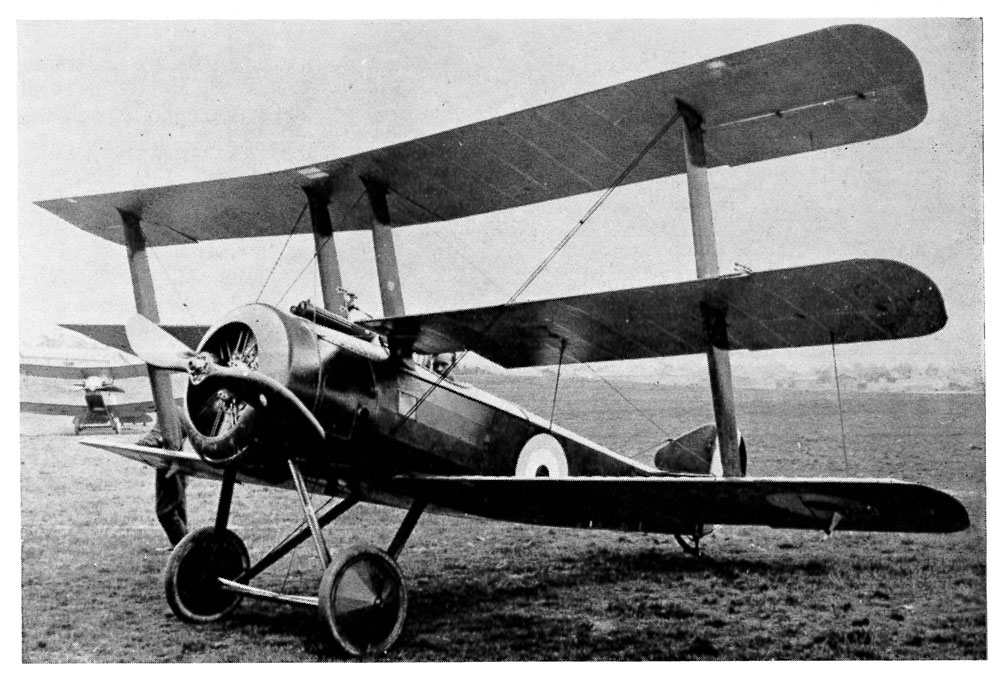 An ideal flying machine with qualities similar to those of the earlier Pup, the Sopwith Triplane entered production for the RFC in 1916. By the time it entered service in early 1917, the RFC was so enamored with the SPAD S7’s then flown by RNAS squadrons that an exchange was arranged, the RFC trading their new Triplanes for the RNAS SPADs. In the hands of the naval pilots, the Triplane worked wonders at the Battle of Messines and throughout the summer of 1917. Fully aerobatic, the Triplane could out climb all German scouts, and many an enemy pilot must have paid with his life for not realizing this fact. Many held that the Triplane pilots had a strong psychological advantage because the mere sight of a “Tripehound” going through its’ paces was enough to instill fear in the heart of many an enemy pilot. Triplanes replaced Pups, Strutters and Nieuports in naval service and became so well liked that its’ pilots were reluctant to part with them when their replacement Camels arrived later in the year.

The Sopwith Triplane dispels the fallacy that the first triplane scout was developed by Anthony Fokker for the Germans. Probably as a result of the Sopwith’s astonishing success, Fokker was induced to try the novel layout, recognizing that the decreased span and increased wing area of a triplane could benefit maneuverability and climb over the biplanes then predominating.

As a type, the Triplane is peculiar to the Great War and has never been revived on a production basis.